Do you know who is driving your car? It might not be you!

The newest generation of cars are much more than just four wheels and a steering wheel. They contain more software-controlled features than the USS Enterprise, and in times of people being online at all times, so a

re their new cars’ onboard systems. This seemingly useful addition to our road journeys, however, also bears a risk that any online device potentially faces: being accessed (read: hacked) by a third party. As the American car manufacturer Tesla recently found out, a lack of control who is able to access (and manipulate) the onboard software may lead to severe ramifications, as this BBC article details. Ultimately, it demonstrates that everything that could go online (like fridges, clothes, watches or vehicles) needs to have a plethora of control features attached to it. 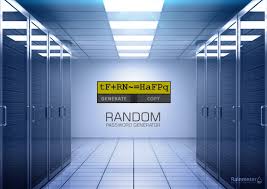 Very often there are media reports on security breaches and identity theft. And quite often companies get the blame. Mostly however it is the user that is the weak link. Take for example this article where many U.S. taxpayers online details were compromised. The article notes how details were hacked from other websites and these same details were used to gain access to the IRS online tools. So how can such breaches be prevented. Simply have different passwords for each site. But that’s tricky! Well not really, use a password manager like Dashlane which randomly generates passwords. It will also auto fill them in your browser and remind you to change them at regular intervals. Simple, and more secure than reusing the same password.

We have all heard of cyber attacks on business and they are increasingly a security issue for businesses. Some attacks can be a nuisance, while others can actually hit business revenues or costs. This article from CGMA magazine give a useful summary of the various types of attacks out there.