Mini-series Part 3: Digitalization and the accountant

In the first two parts of this mini-series, I discussed the definitions of (Part 1) and role of AIS (Part 2) in digitization and digitalization. In this third part, I would like to highlight the development of the role of the accountant in this regard. Digitalization is both boon and bane of the future accountant – on one hand, it helps further the minimizing of his/her involvement in the nitty-gritty daily grind, the “bean-counting” the end of which has long been heralded by the automation of accounting processes. On the other hand, though, it raises questions about the legitimacy of the role – in other words, are accountants still needed? It seems an inevitable development that more digitalization means less and less accountants are needed to perform the same tasks, both in scope and quality. In this highly interesting article published by the WHU in Vallendar/Germany, the authors highlight eight challenges that current and future (management) accountants might face when confronted with the digitalization trend. The video below helps as an executive summary of the article, but I highly recommend to have a good read – you will learn that the digitalization trend does not have to automatically mean the end of the (management) accountant – if they get proactive with the technology and concepts involved.

From many chats with my accounting students, a large number of them seem to get the impression that studying AIS enables them to only pursue an accounting career. They more often than not react surprised when they learn that studying AIS opens career paths as financial or systems auditors, consultants, or even to upper management levels like CFOs. This article on Investopedia provides more details on these professions, their corresponding education requirements, and further links for the student interested in studying AIS.

rms working for businesses have access to a myriad of internal customer data critical to their decision-making and business success. As such, cybercriminals might not only target the businesses themselves, but also the accounting firms that harbour crucial data of their customers. In this highly interesting technology feature of the Journal of Accountancy, three experts on this issue discuss the responsibility of accounting firms to safeguard their customer data against cyberattacks, and the rising need to spruce up their own technology knowledge.

Ways for accountants and CFOs to keep up with technology

Technological change has always been one of the common issues faced by accountants. What can accountants do to keep up with the pace of change. An article from CGMA provides some useful tips.

A History of Computing: From CPU to Cloud [Infographic by Geeky Globe]

Infographics are all the rage these days, and a quick Google search revea

ls that there are many on cloud technology out there. The nice people of Geeky Globe have published a very detailed infographic that summarises the history of computing all the way to the cloud in a very comprehensive manner – it’s worth printing out and pinning it to the wall. 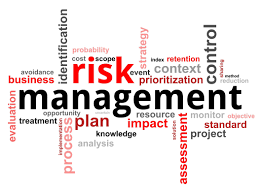 A recent report cited on CGMA’s website places technological risk at the second risk concern amongst a survey of Boards of Directors. The risk concern is with cyber-security, and was the number one risk concern of private firms. The report notes an increases in the perceived technology risk from previous years.  It is interesting (and good) that Boards are well aware of technological risk – as most large organisations today are so reliant on their information systems. You can read the full report here and the CGMA article here.

Following from our last post, have a look at this:

I came across it on a social network. If you are a student, you may be too young to remember when Internet speeds were 64Kb per second or so – yes that’s Kb not Mb per second. Nowadays 40-50 Mb is normal at home and in business. That’s nearly 1000 times faster.

Here’s are very simple graphic which shows how technology has progressed in 9 years.

It’s bollocks, quotes an interesting article from The Economist – see this link